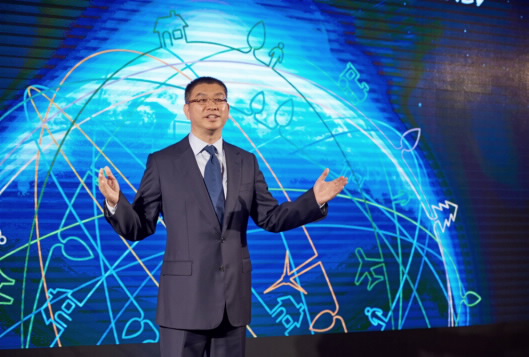 Attended by participants from telecommunications carriers, think tanks, government agencies, and media, the event is a platform to discuss the development of Europe’s industry ecosystem, as well as specific topics such as Industry 4.0, smart cities, wearable technology, and the Internet of Things (IoT).

“Huawei can help Europe accelerate digitization in the areas of equipment, infrastructure, and applications, and we are working closely with customers, partners, and research institutes to drive progress,” Xu said.

With its leading expertise in scientific research and industrial manufacturing, Europe is well positioned to make smart equipment and to lead the world in industrial digitization. European organizations such as the Mobile and Wireless Communications Enablers for 2020 Information Society (METIS), and the 5G Infrastructure Public Private Partnership (5G PPP), will continue to lead the development of next-generation communications standards.

“Huawei’s strategy for Industry 4.0 can be summarized as a 1-2-1 strategy,” said Xu. “The first ‘1’ refers to a single unified IoT platform. The ‘2’ refers to two access modes – wired and wireless – via industrial switches, industrial Wi-Fi, or eLTE. The last ‘1’ refers to Huawei’s own IoT operating system.”

Since 2006, Huawei has established 19 joint innovation centers with European carriers such as Deutsche Telekom, British Telecom, and Vodafone to research future networks and new services, and to better serve users. Huawei also joins hands with automobile companies such as Audi to promote application and progress for the Internet of Vehicles. It has also signed a MOU with Fraunhofer Gesellschaft, an applied research organization headquartered in Germany, to cooperate on Industry 4.0, and is working with SAP to launch IoT and Industry 4.0 solutions for the transportation, oil and gas, and manufacturing sectors.

Huawei has done business in Europe for 15 years, integrating itself deeply into the region’s industrial ecosystem and contributing to its innovation efforts. The company has set up 18 R&D facilities in eight European countries, focusing on wireless networks, microwave, microchips, engineering, mathematics, aesthetic design, and other areas. Huawei is also working closely with more than 700 partners in Europe, and has established partnerships with more than 120 academic institutions.