[London, UK, January 26, 2015]: Huawei today announced that it has been awarded 'Extraordinary Contribution to Project Spring' at Vodafone's 2014 Supplier Awards.

Vodafone is one of the world's largest telecommunications companies and provides a range of services including voice, messaging, data, and fixed communications to more than 438 million mobile and 11 million fixed broadband customers. 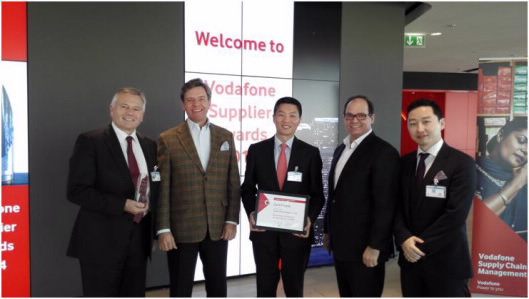 James Chen, President of the Vodafone Account Department at Huawei Technologies, said, "We are honored to receive the 'Extraordinary Contribution to Project Spring' award from Vodafone. Huawei takes pride in providing dedicated services to our customers and we look forward to continuing our work with Vodafone through our long term strategic relationship."