Protecting the rainforest, together with AI

RFCx have been amazed by Huawei’s incredible AI technology. It is clear that the collaboration with Huawei AI is having major impact on ecological protection, completely transforming the operations of those working hard to save our rainforests and its wildlife. Rainforest Connection (RFCx) is a non-profit organization, that upcycles Huawei old cellphones into solar-powered Guardians that are placed high up in the canopies of the rainforest, collecting environmental sounds and uploading them into the Cloud. The data is analyzed to assists in conservation efforts in the rainforest and protect the rainforest and its animals from illegal logging and poachers. HUAWEI CLOUD AI is being used to improve upon RFCx’s old chainsaw detection algorithm within the Costa Rican rainforest, improving its detection rate to 96%. Founded in 2014 by ITER physicist and software engineer Topher White, Rainforest Connection has projects in 10 countries on 5 continents, including California, Costa Rica, Ecuador, Peru, Bolivia, Brazil, Romania, Cameroon, South Africa, Sumatra. They are a NGO and are based in San Francisco, California. They help protect the world from illegal deforestation and illegal poaching, and they have already worked with Google and Amazon.

The spider monkey is an integral keystone species within the rainforest, dispersing seeds across large areas to propagate plants and trees, and help wildlife thrive. Due to deforestation and poaching they are now in danger of extinction and conservation is more necessary than ever before. However, monitoring spider monkeys in the rainforest is incredibly difficult and time-consuming. Rangers, biologist and conservationists have to manually track their migration. Tracking was based on personal experience, which was inefficient and prone to human error. Can we use AI to recognize the screams of spider monkeys in order to achieve improved location tracking?

Using AI models to help detect spider monkeys can be extremely challenging within the rainforest though. The spider monkey call is very diverse in pitch and length, which is very different from the high-pitched scream we are familiar with. Most people are unfamiliar with these sounds, so being able to differentiate them requires a unique expertise. The chainsaw model has provided similar technical challenges. The original model is used in a real-time rainforest environment. The mosquito sound, which is abundant within the environment, is often misreported as a chainsaw sound. Even a human ear has difficulty differentiating between the two sounds. Huawei needed to retrain the model using mosquito sounds and continuously adjust its accuracy. Huawei used expert animal translators to label collected data into a Cloud archive. AI specialists have then used this data to help improve the AI model so that it can function autonomously with a high level of accuracy. They reduced the detection rate from 1 second to 500 milliseconds within the time frame and are able to detect features within the ‘frequency domain’. 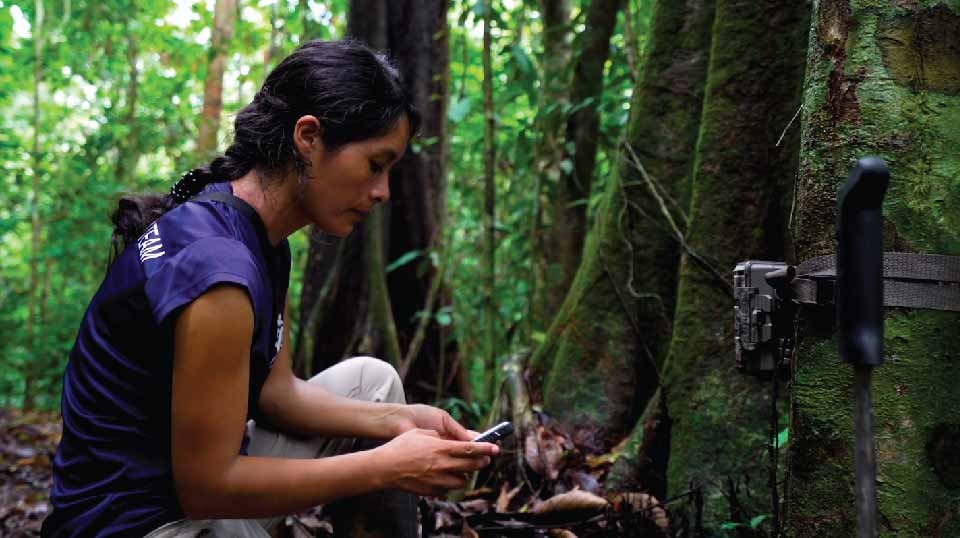 The AI model has proven in its initial phases to be an incredible success. The spider monkey model is currently being used in the rainforest of Costa Rica. Whilst recall rates of the spider monkey model have not yet been clarified, initial responses from the team on the ground have been very positive with all roles expressing their excitement using Huawei’s AI model. Biologist, Ruth has been able to develop distribution maps of spider monkey’s behavior and movements, so that she and the team can now concentrate their conservation efforts with greater accuracy. The chainsaw model is now being used in 10 countries. RFCx have been amazed by Huawei’s incredible AI technology. Ranger Juan, from Costa Rica, has indicated that he is now traversing less ground to find illegal loggers and poachers, and is experiencing fewer false alarms. Is it clear that the collaboration with Huawei AI is having major impact on ecological protection, completely transforming the operations of those working hard to save our rainforests and its wildlife.