The merge sort algorithm is mainly used for sequential merging of data blocks, for example, merging of sequential slice data [0:20] and [20:40]. The main processing procedure is as follows: 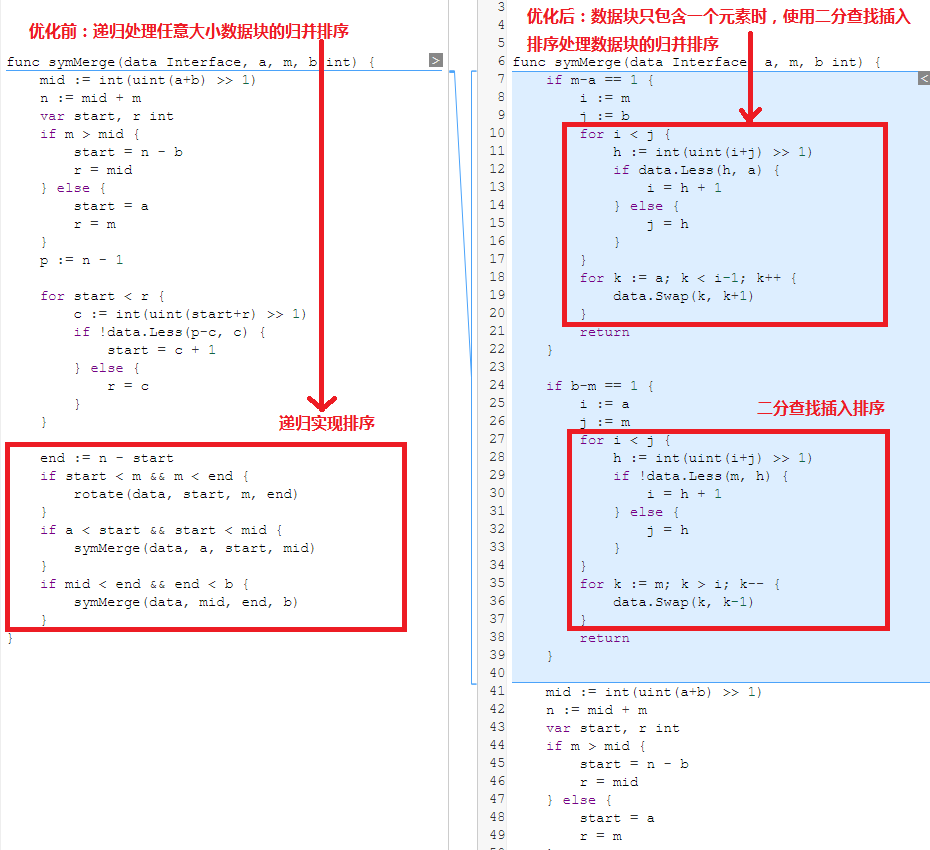 The preceding table lists the performance test results of different data types, such as string slice, integer slice, and structure slice. The comparison analysis is as follows: