[Shenzhen, China, March 7, 2019] Today, Huawei announced that it has filed a complaint in a U.S. federal court that challenges the constitutionality of Section 889 of the 2019 National Defense Authorization Act (NDAA). Through this action, Huawei seeks a declaratory judgment that the restrictions targeting Huawei are unconstitutional, and a permanent injunction against these restrictions. "The U.S. Congress has repeatedly failed to produce any evidence to support its restrictions on Huawei products. We are compelled to take this legal action as a proper and last resort," Guo Ping, Huawei Rotating Chairman said. "This ban not only is unlawful, but also restricts Huawei from engaging in fair competition, ultimately harming U.S. consumers. We look forward to the court's verdict, and trust that it will benefit both Huawei and the American people."

The lawsuit was filed in a U.S. District Court in Plano, Texas. According to the complaint, Section 889 of the 2019 NDAA not only bars all U.S. Government agencies from buying Huawei equipment and services, but also bars them from contracting with or awarding grants or loans to third parties who buy Huawei equipment or services, without any executive or judicial process. This violates the Bill of Attainder Clause and the Due Process Clause. It also violates the Separation-of-Powers principles enshrined in the U.S. Constitution, because Congress is both making the law, and attempting to adjudicate and execute it.

Song Liuping, Huawei's Chief Legal Officer, stressed, "Section 889 is based on numerous false, unproven, and untested propositions. Contrary to the statute's premise, Huawei is not owned, controlled, or influenced by the Chinese government. Moreover, Huawei has an excellent security record and program. No contrary evidence has been offered."

"At Huawei we are proud that we are the most open, transparent, and scrutinized company in the world," said John Suffolk, Huawei’s Global Cyber Security & Privacy Officer. "Huawei's approach to security by design development and deployment sets a high standards bar that few can match."

From Huawei's perspective, the NDAA restrictions prevent the company from providing more advanced 5G technologies to U.S. consumers, which will delay the commercial application of 5G, in turn, impeding efforts to improve the performance of 5G networks in the U.S. Beyond this, network users in rural and remote regions of the U.S. will be forced to choose between government funding and high-quality, cost-effective products. This will impede the network upgrade process, thus widening the digital divide. Even worse, the restrictions on Huawei will stifle competition, leaving U.S. consumers paying higher prices for inferior products.

Estimates from industry sources show that allowing Huawei to compete would reduce the cost of wireless infrastructure by between 15% and 40%. This would save North America at least US$20 billion over the next four years.

Guo Ping added, "If this law is set aside, as it should be, Huawei can bring more advanced technologies to the United States and help it build the best 5G networks. Huawei is willing to address the U.S. Government's security concerns. Lifting the NDAA ban will give the U.S. Government the flexibility it needs to work with Huawei and solve real security issues."


Below is the transcript of the conference: 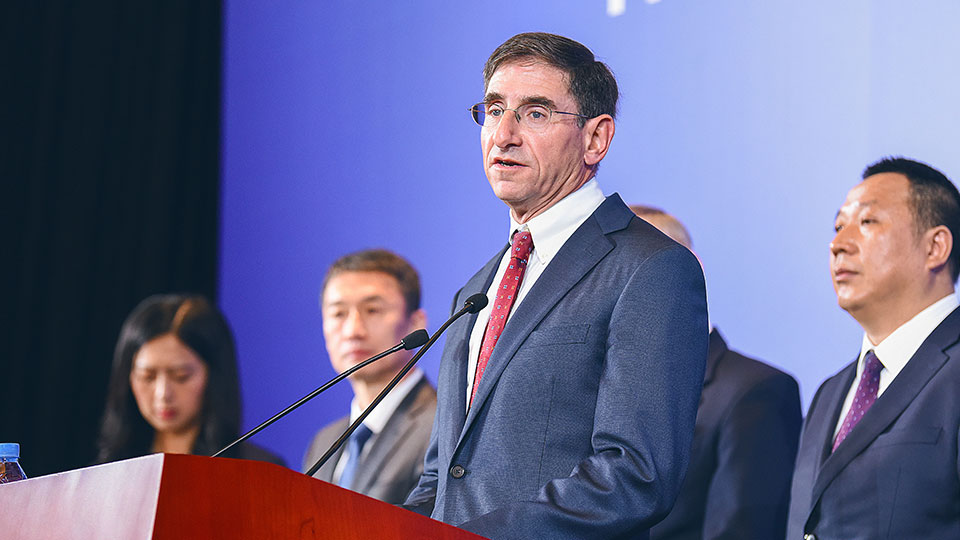 Glen Nager | Lead counsel, Partner at Jones Day
The lawsuit that Huawei Technologies Co., Ltd., and its subsidiary, Huawei Technologies USA, Inc., have filed in the Eastern District of Texas challenges the constitutionality of aspects of Section 889 of the 2019... 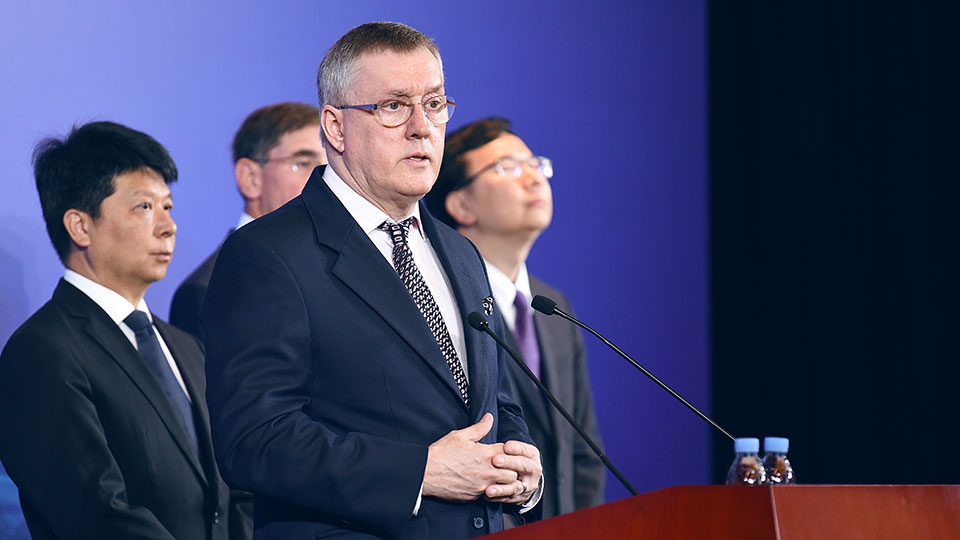 John Suffolk | Global Cyber Security & Privacy Officer (GSPO), Huawei
We applaud any Government or Company that sets itself the objectives of having high levels of cyber security protection and at the same time high levels of personal data protection... 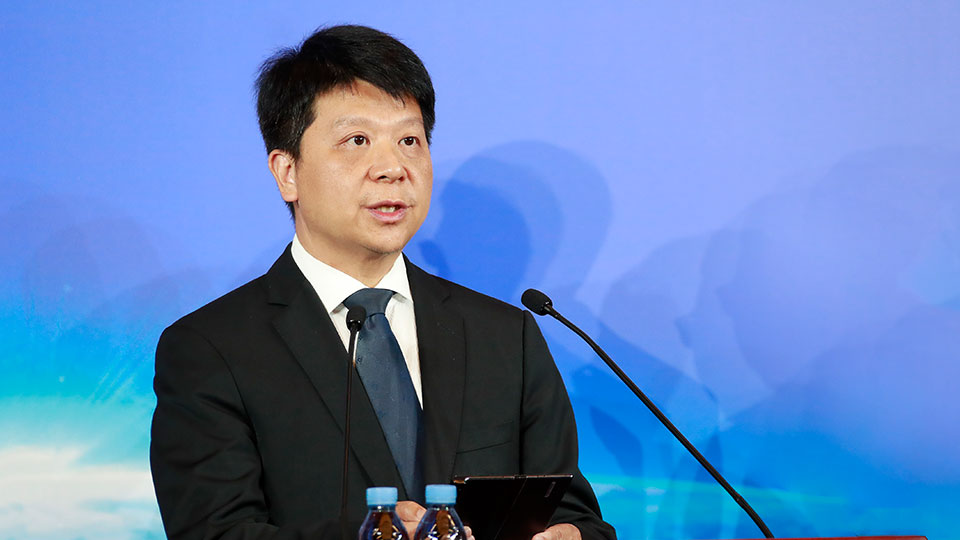 Guo Ping | Rotating Chairman, Huawei
Today Huawei announced it has filed a lawsuit against the US government, to challenge the constitutionality of Section 889 of the 2019 National Defense Authorization Act, or "NDAA"... 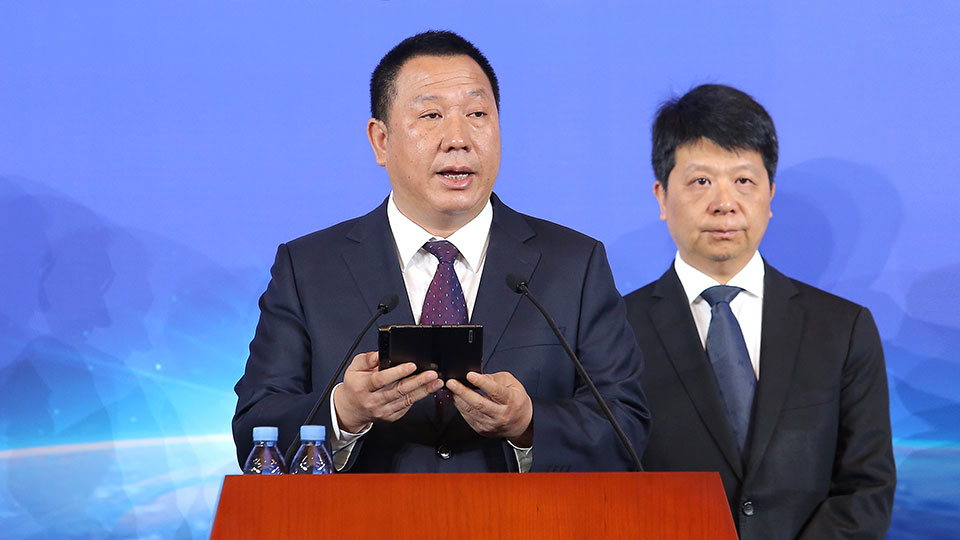 Yang Chaobin | President of Huawei’s 5G Product Line
Over three decades ago, President Ronald Reagan said that every new day begins with possibilities. 5G technology is great evidence of how true these words are today... 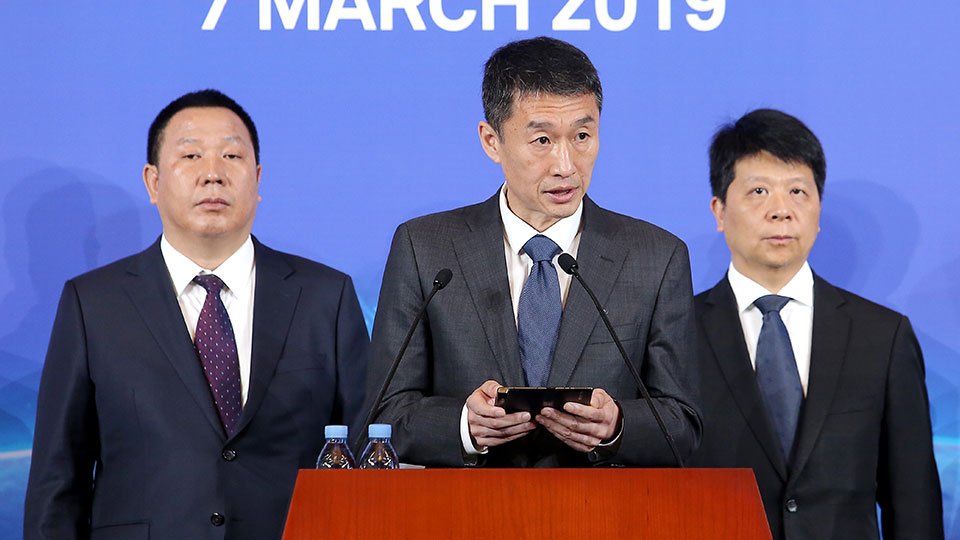 Li Dafeng | Executive Member of the Supervisory Board, Director of the ICT Infrastructure Managing Board Office, Huawei
I’d worked in Africa for nearly 10 years. In 2011, mobile payment had not started in China, but when I travelled to Kenya, I was surprised to find...